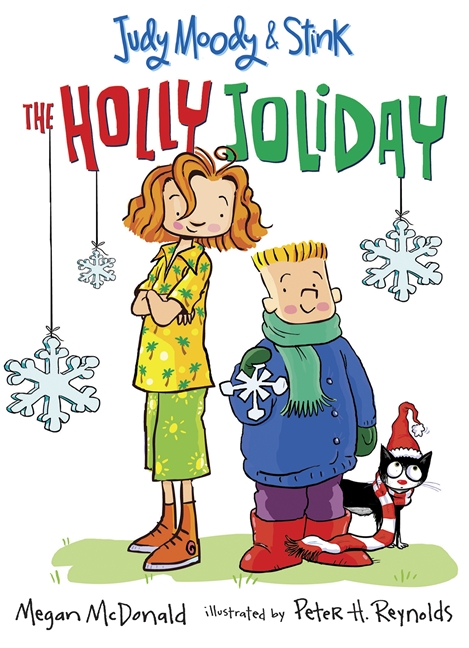 It hasn’t snowed on Christmas in Virginia in more than a hundred years, so what are the chances that that will change? Enter the new mailman, Mr. Jack Frost, who not only looks like a jolly old elf but also seems to know a lot about weather patterns, has a fondness for the cold, and works looooooong hours during the holiday season. Plus it’s the best time of the year, when strange packages and lots of surprises are swirling around, so isn’t it possible that Stink might get his wish? Fans who curl up with this Moody comedy can be sure that their bellies will shake like a bowlful of jelly.

Judy Moody is making a list and checking it twice, but all her brother, Stink, wants this year is snow.